Becoming the Change you Want to See 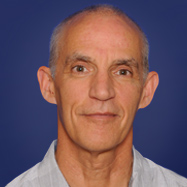 My wish for 2010: become the change agent you want to see…

I bought the movie Flow. It’s about what experts say is the most important political and environmental issue of the 21st Century – The World Water Crisis. The first time I watched it at the theater, it prompted me to stop consuming bottled water.

I decided to buy the movie to inspire and educate my 3 kids. I wanted them to see the movie first hand and wake up to the number one issue that will shape their future, but they wanted nothing to do with it. They had places to go to and people to see. This issue was not relevant in comparison.

My first reaction was disappointment. Have I raised such shallow, self absorbed kids that are more interested in the next text message or digital burp than learning about the fate of the planet? After a bit of introspection, I decided that aside from buying the movie and stopping my bottled water delivery, I was not much of a change agent myself. So what moral right do I have to demand such action from them?

I dialed back to Gandhi’s teaching: “become the change you want to see in the world,” or in my case my family.

So for 2010, I wish to become what I want my children to be:  change agents. For 2010,  I’ll take concrete steps to cause change, however small, in the global water crisis. And let my family be inspired by example rather than a movie. Here’s one guy who inspired me.

I’ll keep you posted. Have a great year!
ronen

Review your strategy and campaigns and recommend a growth plan
Find out what our advertising experts can do for you!
Preparing Powerful PresentationsBusiness Insights
Earth Day 2010: Mother Earth Kicks Some AshBusiness Insights
We use cookies to ensure that we give you the best experience on our website. If you continue to use this site we will assume that you are happy with it.Ok