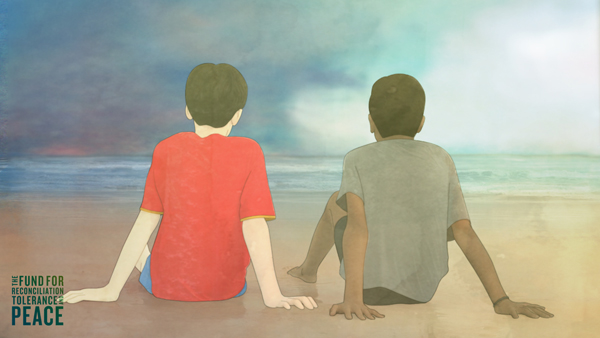 Today’s online lifestyle extends our reach further than ever before. And we, who dabble in social media, professionally or otherwise, should see this ability to influence others as a serious responsibility.

We can communicate with people across the world, past borders, right through cultures and in different languages. Social media has transformed every aspect of our personal interactions and daily life – from ecommerce to photo sharing and news finding.

As an online marketing professional, I find that the avenues and methods to reach consumers and an audience are easier than ever imagined in the traditional offline world. And I’ve been here for a while.

But, there’s a greater advantage and use of these abilities than just to promote a new product (yes, just), reach clients via emails or Facebook ads, landing pages and catered websites. And I think it’s important that we, as professionals, dedicate time to doing that. Being able to reach this great audience, we can send a message and use it not just for the financial success of our clients, but to better our world. It’s our responsibility to take advantage of these new avenues of communication and leverage them for good. In our own spare time. And I’m glad to say, it’s happening.

Look past the unfortunate incident of Jason Russell’s breakdown and see what he managed to achieve with Kony 2012. Global domination on YouTube! Then there was the recent Israel loves Iran campaign that was launched by two Israeli graphic designers that blew down doors in Iran and the world.

Here’s a story of a recent project I undertook, working with an international team to brand and build an online identity for a non-profit peace organization, and how we used the new media of YouTube, Facebook, and viral marketing, to get the message out. When Leonard Cohen, the singer, performed here in Israel a few years ago, he gave all the proceeds to help form The Fund for Reconciliation, Tolerance and Peace. They’re an organization committed to breaking through the deep psychological barriers that have stood between Palestinians and Israelis for decades.

I was approached by a friend who asked me to help deliver an aspirational and inspirational presentation that they could use to help them get across what the Fund stood for. But they didn’t yet have an identity. So along with developing their brand identity for them, I pitched a viscerally engaging animated video that asks viewers to imagine a future in which the region basks in peace.

Why? Because the people of Israel are going through grim times. Many have forgotten what peace actually could look like. And to hope for it, you have to know what you’re looking forward to.  People don’t know what to hope for anymore, they simply can’t remember. The Palestinian side doesn’t seem to be faring any better. And our leaders, they don’t seem to get it.

I wanted to boil down the spirit of the Fund to one core message. A message that’s true to what they stand for – true to their identity. Along with Shelley and our teams, I wanted to show what peace SHOULD be and to help people visualize it. Because that’s what the Fund believes is possible – and they can see it.

It’s a simple animation but one that wasn’t simple to make. Over 150 people were involved transatlantically, from Brazil to NYC to Tel Aviv. Lobo, Birdo Studio, Firefly Productions, the Ebeling Group, Wicked Music and countless volunteers – all of us worked practically pro bono over the course of 2 years to deliver a message of hope that’s intended to touch people and make them wonder, if only for a moment: ‘Peace. What if?’

You can watch it here in any of 4 languages.

Watch the Behind the Scenes video.

In the first week we managed to attract around 10,000 views to the YouTube channel with the help of friends, peers, and families. We asked everyone to simply share it via email, Twitter, and Facebook. Slowly, it’s making its way onto the screens of people everywhere — by the people, for the people.

These days, you can do that — as in, YOU. We can cross boundaries and communicate with people we don’t know in a way we’ve never been able to before. It’s simply the wonder of the world we live in today. If we can use it to propel forward a solemn wish for people, in the intimacy of their own homes, to help them believe again that peace is ahead of us – then let’s keep crossing boundaries. And let’s do it for all good causes.

Put your heart into social. Into communications. Into doing.

We’ve got nothing to lose.

We’ve got everything to gain.

Sitemap
Copyright © OpenMoves Inc.
Talk to an Expert
All we need is 30 minutes to understand your needs and how we can help.
Speak to an Expert

Review your strategy and campaigns and recommend a growth plan
Find out what our advertising experts can do for you!
Social Follow vs Social Share Buttons and SEOSocial Media Marketing
Email Marketing Still King of ROIEmail Marketing, Social Media Marketing
We use cookies to ensure that we give you the best experience on our website. If you continue to use this site we will assume that you are happy with it.Ok