Review your strategy and campaigns and recommend a growth plan
Find out what our advertising experts can do for you!
Extending Google AdWords with Ad ExtensionsPPC and Remarketing 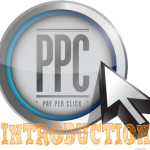 Pay Per Click Advertising- An IntroductionPPC and Remarketing
We use cookies to ensure that we give you the best experience on our website. If you continue to use this site we will assume that you are happy with it.Ok