PPC: To Bid or Not to Bid 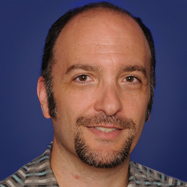 PPC, or Pay-Per-Click, is aptly named: you pay every time someone clicks your ad on Google or on partner sites. In the old days of PPC, paying for clicks was built on a “testosterone-based” auction model. The more you were willing to pay, the higher your ad appeared on the page. This has been completely replaced with algorithm-based bidding, where Google determines the rank of an ad by various factors including historic performance, landing page Quality Score, and competition.

When setting up or optimizing your Google AdWords account, it’s important to decide how you want to display your ads. You can choose between one of 3 options: standard cost-per-click (CPC), cost-per-acquisition (CPA), or cost-per-thousand (CPM). Each has its benefits and detriments. So, without further ado, here is an explanation of each method.

This is the traditional way advertisers have always spent money on Google. You create a campaign, populate ad groups with keywords and ads, set a particular maximum cost-per-click total for the group, and then let it run! So, for example, if you specify a $1 cost-per-click bid for Ad Group A, this means that, on average, a $100 budget would produce at least 100 clicks.

It’s important to realize that the CPC you set is the maximum amount you are willing to pay. Very rarely do you ever pay the full total, on average, per click, unless you are using just 1 keyword. The average of all the keywords you have included, combined with factors such as competition, Quality Score, etc., tends to yield an average cost-per-click somewhere south of the maximum you originally set.

Fig. 2: This ad group has been set to target a maximum CPC of 50 cents, but the group is actually yielding a lower, average CPC of 32 cents.

Depending on the results–or your goals–you might want to raise or lower the average CPC for each ad group. You’d want to raise it if you want to help your ad achieve a higher ad position (though this isn’t the only factor that would determine ad position, as we stated above). Conversely, you’d want to lower it if the number of leads were low, or if you felt that paying a lower average cost-per-click–and, therefore, achieving a lower ad position–was more profitable.

The CPA bidding model is perhaps one of Google AdWords’ most successful new features. It was instituted a few years ago and is a modified CPC bidding option. Instead of specifying a certain maximum cost-per-click for your ad group, you instead specify a maximum cost-per-acquisition amount. As long as you’ve implemented AdWords Conversion Tracking to track sales or leads, you can let AdWords deliver traffic to your ads based on which keywords have collectively generated sales/leads that correspond with a specific cost per sale/lead amount. Sound confusing?

Fig. 3: This ad group has been set to target a maximum CPA of $40, meaning that the cost per sale should never be higher than $40 each. However, it has instead, yielded an amazingly low CPA of $4.25!

With the CPA bidding method, it is important to remember that you are still paying an average cost-per-click for your ad group; however, the difference is that you are leaving this to Google to decide. You only care that at the end of a specified period, your ad group should have yielded a cost per sales/lead at or below the total you originally specified.

As an example, if you specify a max CPA of $50 and you have a $100 budget, this says that you will let Google charge per click whatever it needs to in order for your ad group to have produced at least 2 sales/leads by the time the $100 budget is reached. This would mean that your $100 budget produced a cost-per-acquisition of $50.

The CPM bidding method is mainly used for branding strategies via banner ads or image ads that show on Google’s Display Network sites, including YouTube, Fox News, About.com and more. Instead of paying for every click, you pay a combined cost for every 1,000 impressions your ad receives.

Let’s say you run an advertising agency. You might want to use this bidding strategy to promote a new perfume for one of your major clients, supplementing offline advertising efforts. By paying per impression, you are ensuring your ad gets a certain amount of exposure and you don’t have to pay each time someone clicks. Banner ads tend to have a very low clickthrough rate anyway, so the CPM model helps maximize exposure and brand awareness.

Sitemap
Copyright © OpenMoves Inc.
Talk to an Expert
All we need is 30 minutes to understand your needs and how we can help.
Speak to an Expert

Review your strategy and campaigns and recommend a growth plan
Find out what our advertising experts can do for you!
3 Ways to Start Advertising on FacebookPPC and Remarketing
Extending Google AdWords with Ad ExtensionsPPC and Remarketing
We use cookies to ensure that we give you the best experience on our website. If you continue to use this site we will assume that you are happy with it.Ok