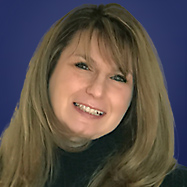 Engaged Twitter communities are NOT built on merely a collection of followers. Instead, they are formed around relationships between like-minded people with shared interests, ideas, values and language. To understand what people are saying and begin building a Twitter community of your own, familiarize yourself with the following Twerminology (Twitter Terminology):

DM / Direct Message- The Direct Message feature is a private exchange between two users that mutually follow each other. 140 character limit.
Favorite (n.)- A Tweet that you have liked and marked as a favorite
Favorite (v.)- Tapping the star icon to favorite a Tweet that you liked it.
Follow (v.,n.)- A follow is the result of someone following your Twitter account. You can see how many follows (or followers) you have from your Twitter profile.
#Hashtag- A #hashtag is an organic community building technique of inserting a “# “symbol directly in front of  a word in order to make it a searchable category (ex: #openmoves). The “#” symbol turns the word into a searchable link, when clicked you are taken to a stream that includes other posts that include that #hashtag. They are used on Twitter, Google+, Instagram and Pinterest to categorize topics, emphasize keywords, news, promotions and trends.
Mention (v., n.)-A mention is any Twitter update that contains “@username” anywhere in the body of the Tweet. Twitter collects these messages, as well as all @replies, in the Mentions tab on the notifications page. If you include more than one person’s name in your Tweet and you use the @username format, all of those people will see the Tweet in their Mentions tab.
Reply (@reply)-A response to another user’s Tweet that begins with the @username of the person you’re replying to is known as a reply. Reply by clicking the “reply” button next to the Tweet you’d like to respond to.
RT / Retweet (v.)- The act of sharing another user’s Tweet to all of your followers by clicking on the retweet button.
Timeline-A timeline is a real-time stream of Tweets. Your Twitter home stream is where you see all the Tweets shared by your friends and other people you follow.
Trends-A Trend is a topic or hashtag determined algorithmically to be one of the most popular on Twitter at that moment.
Tweet (n.)-A Tweet may contain photos, videos, links and up to 140 characters of text.
Tweet (v.)-The act of sending a Tweet. Tweets get shown in Twitter timelines or are embedded in websites and blogs.
Twitter Follow (v.)-Subscribing to a Twitter account is called “following.” By following an account you authorize their tweets to appear in your Twitter home stream.
Twitter Profile Photo-This is the icon that will appear on your Twitter profile as well as next to all of your Tweets.
Twitter Profile-Within your account is your Twitter profile. Your profile (along with your @username) is your company’s identify on Twitter.
Twitter Username-Usernames must be fewer than 15 characters in length. This name will form the URL of your Twitter profile page.
Unfollow (v.)-To no longer follow a Twitter user. (see follow)
URL-A URL (Uniform Resource Locator) is a web address that points to a unique page on the internet.
URL/Link Shortening- Link shortening is a technique in which a Uniform Resource Locator (URL) may be made substantially shorter in length and still direct to the required page. There are many link shortening tools that can be used like: goo.gl, bitly or ow.ly (Hootsuite). Shortening a link saves valuable character space and is more aesthetically pleasing.
UTM Custom Campaign Tracking Parameters- Extra bits of link tracking information attached to a URL that is tracked in Google Analytics. Use a tool like Google URL Builder to build links that have UTM parameters such as:

Bird-of-mouth: Refers to the use of Twitter to circulate news and information.
Eavestweeting: The act of eavesdropping on other Twitter conversations.
Egotwistical: Slang term used to describe a user who talks about himself on Twitter. It is a combination of the words “egotistical and Twitter.
EmergaTweet: Also known as emergetweet it refers to a tweet sent out during an emergency when 911 is unavailable.
Friendscrapping: Refers to the act of adding all the friend’s friends as their own.
Hivermind: This is a term used to refer to the combined intelligence of all Twitter users.
Neweeter: A slang term used to describe a new tweeter.
TFTF: Thanks for the follow.
TMB: Tweet me back.
Twabstinence: Describes someone who is cutting back on their Twitter time.
Twabulous: A fabulous Tweet.
Twaffic: Twitter traffic.
Twaiting: To tweet while waiting in line or waiting for something to happen.
Twalking: Describe someone who is walking while they tweet, using a mobile device.
Twalking: To tweet while walking.
Twapplication: Twitter applications and Twitter mashups.
Twart: Twitter art.
Twebay: Putting something up for sale on Twitter.
Tweeple / Tweeps: Meaning Twitter people. It is used to refer to or describe Twitter users.
Tweetaholic: The term used to describe someone who has a problematic addiction to Twitter.
Tweeter/ Twitterer: Refers to a person who send tweets on the Twitter service.
Tweetheart: A Twitter sweetheart.
Tweetorial: Tutoring, teaching or lecturing on or about Twitter.
Tweetroduce: Situation in which a user introduces one follower to another.
Tweetsult: Insult sent using Twitter.
Twerminology: Twitter terminology.
Twettiquette: Short for Twitter etiquette. It is a slang term used to describe acceptable Twitter behavior.
Twewbie: Short for Twitter newbie. It is a slang term used to describe someone who is new to Twitter.
Twis: Disrespecting a Twitter user.
Twishing: Twishing is a combination of the words “Twitter and phishing”. It is the act of sending a message to a Twitter user in an attempt to obtain his or her name and password.
Twitosphere: An expression used to describe the “World of Twitter.”
Twittastic: The Twitter version of fantastic.
Twittcrastination: Slang term that refers to using Twitter as a form of procrastination.
Twittectomy: To de-friend or de-follow a person on Twitter.
Twitter-ific: Short for “Twitter” and “terrific”. It is a slang term used to describe something terrific you find on Twitter.
Twitterapps: Short for Twitter applications. It is the phrase used to describe any application that integrates with the twitter service. May also be called Twitter tools.
Twitterati: Refers to ‘A-list’ Twitter users.
Twittercal mass: A critical mass of twitter users for a specific topic or community.
Twitterfly: A social butterfly on Twitter. A Twitterfly uses the @ sign in many messages, showing they have a lot of Twitter friends to talk with or mention in their updates.
Twitterfly: A social butterfly on Twitter.
Twitterject: To interject your thoughts into a stream of conversation.
Twitterpated: Slang term describing the feeling one experiences when messages on Twitter become overwhelming.
Twitterphobe: Someone who is fearful or reluctant to join Twitter.
Twitterphoria: Elation felt when someone you follow decides to follow you back.
Twitterstream: The Twitter timeline. This can be applied to the public timeline, your friends’ timeline or the timeline on a specific topic.
Twitticisms: Witty or funny tweets.
Twittworking: Short for Twitter networking. It is a slang term used to describe Twitterers who use Twitter to network.

And remember, our team is always available if you have any questions or need help getting started. Our support center is available 24/7. 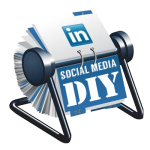 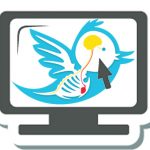 Anatomy Of A Tweet | Twitter For BusinessSocial Media Marketing
We use cookies to ensure that we give you the best experience on our website. If you continue to use this site we will assume that you are happy with it.Ok